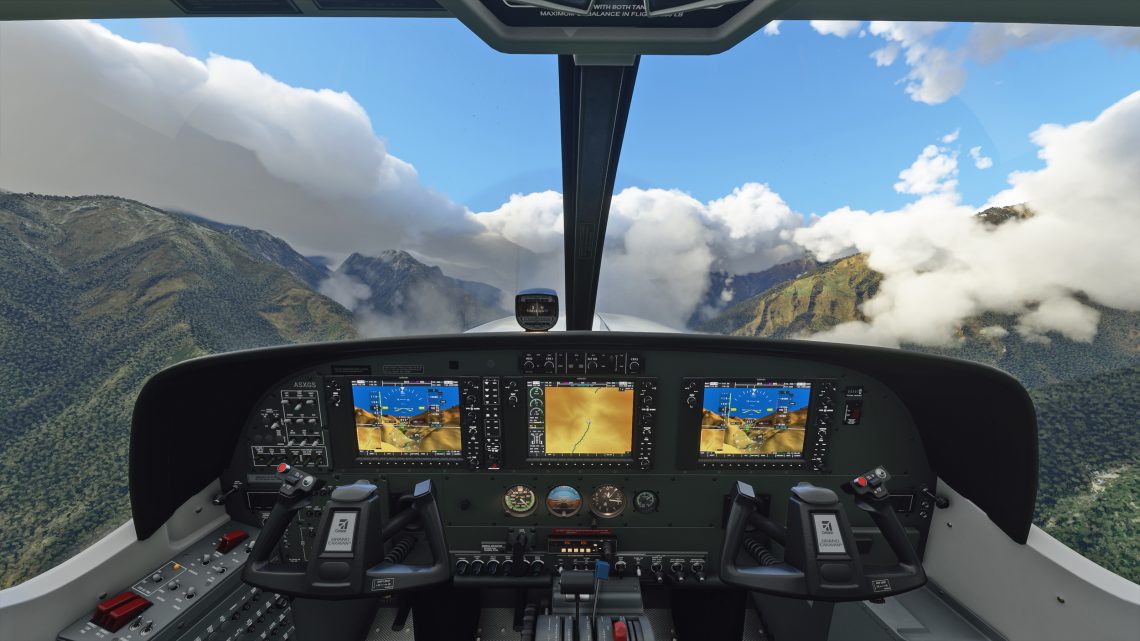 Few will argue that Microsoft’s Flight simulator is amongst the most impressive games ever created. The plane models are absurdly detailed, the lighting systems lifelike enough to pass for real, and the simulation levels near perfect. But it isn’t the simulation detail that most are talking about. It is the fact that Flight Simulator literally allows the player to fly anywhere on the planet.

How is this possible? In a gaming landscape where a single city pushes systems to their limit, how is Flight Simulator allowing for full exploration of the entire planet? The truth is that the tech behind the game is so advanced, and so intricate, that the product can hardly be called a game. Flight Simulator is the most advanced, real-time, multi-layered data streaming service every created.

Of course, Flight Simulator isn’t simulating the entire planet on a constant basis. That really would be impossible. Instead the game is an impressive feat of streaming in required data when it is needed.

First is the Microsoft in-house graphics and physics engine Azure, which holds everything together. What is impressive about Azure is that it is based entirely around streamed data, able to update constantly as new information is made available. In this way the game can create around 600km of in-game landscape.

But where does the data come from?

Stored in a digital cloud is 2 petabytes of satellite and other geographic information, courtesy of Bing Maps. Asobo, the company behind the game, teamed up with Blackshark.ai to build a system that can use that data to create 3D renders. This means that, hypothetically, a real-time 3D render can be seen of anywhere on the planet.

Of course, a player is going to need a decent internet connection for all of this to work. Modest internet speeds are fine for fun activities like mobile soccer betting, but something dramatically faster is needed to stream in 600km of the planet.

It is obviously very difficult for the developers to keep up with something on such an absurdly large scale. There are times when Flight Simulator is truly breath-taking, impressive enough to silence even the most demanding graphics critics. On other occasions the systems can fall apart. That the entire planet is traversable won’t ever stop being impressive, but automated systems are also going to make some hilarious mistakes.

The fact is that the Blackshark.ai system is limited. While it is able to fairly accurately depict generic cityscapes, it is unable to generate more advanced architecture. AI Limitations resulted in Buckingham Palace being generated as an apartment block. The mistake has been rectified, with the developers having to manually go in and create Buckingham Palace. Meanwhile, some players found stone obelisks instead of palm trees in California.

So as with all things, Flight Simulator isn’t perfect. Even still, it is the first time that anyone, anywhere, can virtually travel around the world at their leisure. Certainly cheaper than having to hire a real plane.