Forget Europe, North America and Asia! South Africa is the place that you should be booking your next trip to. With majestic sites like Table Mountain, which is one of the New 7 Wonders of Nature, to the other regal forces of nature such as the Drakensberg, the Tsitsikamma Forest as well as the Blyde River Canyon, the southern tip of Africa is the ideal holiday destination for the lover of nature.

Travelling around South Africa is an experience that is unlike traversing around Europe or the United States. By no means will you have to travel via elephant or have to worry about lions and leopards roaming the streets (South Africa does indeed have modern forms of transport such as aeroplanes, cars, busses as well as trains!) but there are a couple of things that you need to keep in mind when you decide to book your trip.

South Africa has 11 official languages. This means that the people you will come into contact within South Africa are extremely diverse. As opposed to countries in Europe – or somewhere similar – where the culture of the citizens is pretty much homogenous.

This means that when you travel across South Africa, you’ll enjoy several various experiences as her citizens take pleasure in hosting you. For example, you’ll enjoy the culture and cuisine of the Afrikaans culture in little towns in the Karoo (which is an arid region in the Northern Cape), the Cape Dutch culture in the Western Cape and you’ll be treated to an insight into the Zulu culture in the lush midlands of KwaZulu-Natal. 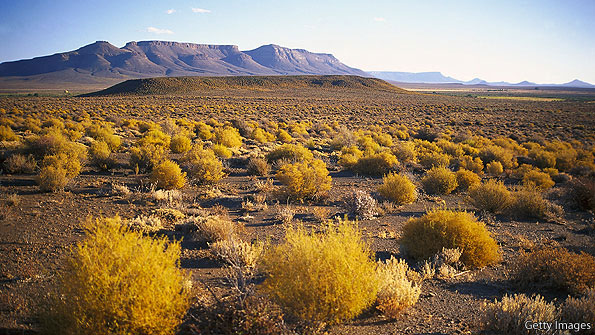 Owing to the strength of foreign currencies – such as the pound, euro and dollar – against the rand, travel in South Africa is quite affordable for foreigners. However, there are some people in the tourism industry – such as hotels and tour operators – who hike up their prices as they feel that those spending foreign currencies ‘won’t notice’ the extra amounts.

So rather than Googling “South African Tour Operators” and selecting the first one you come across, rather do some research yourself and book accommodation as well as experiences directly with the people who run them. You’ll often find that the owners themselves will give you a better deal.

Don’t Believe Everything You Read

A lot has been written, in the media, about the safety and security aspects of South Africa with the number of violent crimes being highlighted. Yes, South Africa does indeed suffer from a high crime rate; however, this shouldn’t deter you from visiting the country as these statistics don’t apply to every single spot in the country.

There are some spots that you need to avoid – such as Downtown Johannesburg in the evening – and you shouldn’t go everywhere with an expensive camera hanging around your neck as if you do this you’re making yourself a target (just as you would in any part of the world). However, don’t be afraid of staying in a bed and breakfast that is not a five-star establishment. As these are usually owner-run, and positively quaint, when you book in, you’ll experience what South Africa is most famous for – their hospitality.

A Beginner’s Guide to Sustainable Travel